It is a well-known fact that using marijuana causes a euphoric effect that is known as “high.” One of the side effects of being “high” is that many users report a phenomenon called the munchies. This essentially means that the act of eating food is so much more pleasurable and often leads to plenty of junk food and consequently overeating it. However, in many medical scenarios where an increased appetite is beneficial to patients, marijuana has helped them to feel hungry and eat when they need to. This has probably led you to wonder, do hemp and CBD also stimulate the appetite like marijuana? Could it be used as an effective appetite stimulant? Read on to find out more about how CBD affects the appetite and how it could be a beneficial tool for those in need.

THC is the primary cannabinoid found in the variety of the Cannabis Sativa plant better known as marijuana. It is the cannabinoid that is responsible for producing the euphoric effect that is better known as “high.” THC also increases the body’s production of a hormone called ghrelin, which is the hormone responsible for making you feel hungry. This leads to a popular effect called the munchies, which is a craving for sweet and fatty foods. THC also hits an area of the brain housing the CB1 receptors that are responsible for appetite control, making it harder to resist the cravings. Finally, THC boosts the dopamine that is found in your brain. Dopamine is the “feel good” chemical and with more present you get more pleasure out of eating. It also heightens the senses of taste and smell which makes the idea of eating all that much more appealing.

CBD, on the other hand, is similar to THC in some ways, but also very different. For starters, the molecular structure of both compounds is very similar but that is where the similarities end. CBD does not produce a euphoric effect when ingested no matter how significant the dosage. It also does not impact the CB1 receptors so it does not trigger the “munchies” like THC. However, CBD has been shown to be an appetite stimulant in a variety of other ways. For instance, CBD helps to relieve nausea which can lead to a person with this affliction being able to feel the hunger and eat again. It is also a well known calming compound that relieves stress in your nervous system or your digestive tract, which can also lead to the feeling of an increased appetite. Additionally, CBD has helped users to fight off the pain of all types and less pain leads to a boost in appetite among many users. This is why CBD is recommended for people with chronic pain, cancer, and other medical issues, especially those that impact the appetite. 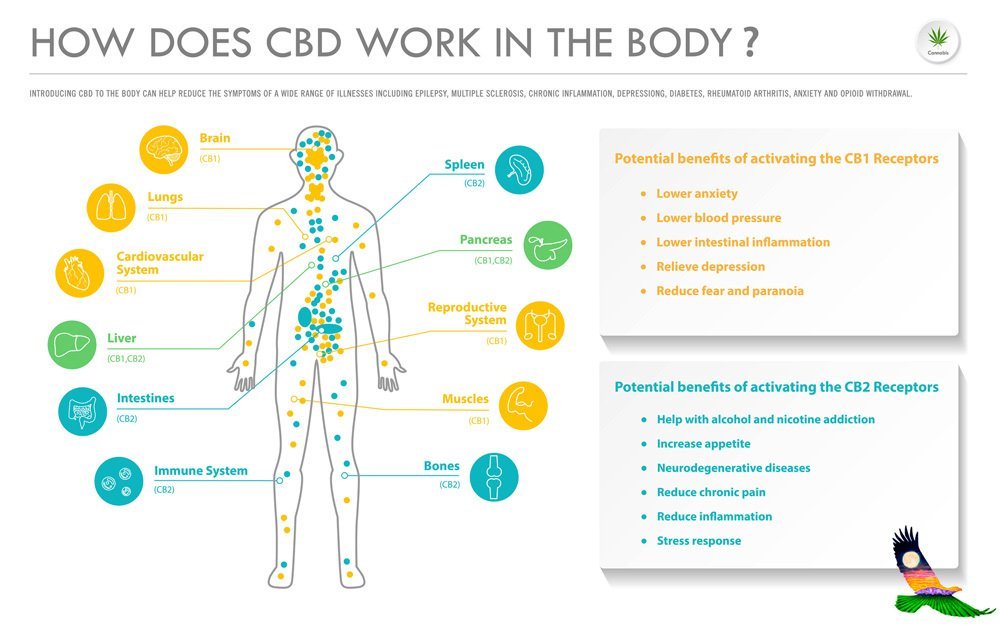 As we learned above CBD can also be an effective appetite stimulant. This is especially helpful for those who have conditions that produce nausea or stunt the appetite, but do not want to use marijuana. Many people who could benefit from marijuana and THC are now looking at hemp and CBD as the preferred alternative for a number of reasons. These reasons include avoiding THC for religious or personal beliefs, job functions, legal obligations, and others. No matter why you want to avoid THC you can still get the therapeutic effects of the cannabis plant without partaking in the negative stigma that still surrounds the marijuana variety. In addition to stimulating the appetite, CBD has been reported to help with a huge variety of conditions from the relatively minor ones all the way to major life-threatening ones such as epilepsy, cancer, Alzheimer’s, and Parkinson’s. The most popular uses of CBD are still the treatment of chronic pain and anxiety. Oftentimes these conditions prevent a person from feeling hungry. However, with a good CBD regimen, there is a potential to stimulate the appetite and ensure that you are getting the nutrition you need for the healthiest body you can have.

If you have one of the many conditions that suppress your appetite, then maybe now is the time to think about how CBD can help. Here at Eagle Moon Hemp, we have an awesome variety of CBD infused products and raw CBD products that are of the best quality. Our unique vertically integrated facility controls every step of the process from seed to the finished product so you can be sure you are getting the best CBD product for the best prices. Our high-quality hemp is grown to perfection while being pesticide-free, non-GMO, vegan, and organic. We then use state of the art CO2 supercritical extraction process to get the highest quality extract out of our raw CBD biomass. This extract is then further refined into our exquisitely crafted CBD infused products. If you have any questions about our CBD or how it can help you please reach out to us. We would love to help you find the best product for your needs at the best prices. Eagle Moon Hemp is here to support all of your hemp and CBD needs from raw hemp flower and crude CBD oil to refined CBD distillates, CBD isolate, CBD topicals, CBD gummies, CBD pet products, and many more. Once you check us out you will never go back to your old supplier again. Stop by and see the Eagle Moon difference!

The Benefits Of Hemp Sports Cream

If you play sports, you’ve likely tried a number of the different sports creams on the market. You may have

Learn All About CBG Distillate

CBD has taken center stage over the past few years as the biggest thing in the self-care industry since kombucha,

Benefits Of CBD Topicals For Athletes

CBD has been reported by millions around the globe to help with a wide array of ailments. These include those

Everything You Ever Wanted To Know About CBN

Everyone has heard about the world-famous cannabinoid known as CBD by now. However, it is not the only cannabinoid found