Home / Does Hemp Have CBD?

Does Hemp Have CBD?

The simple answer to this question is yes, hemp does in fact have CBD. However, many people are confused about hemp and think it is just another word for marijuana. This leads many that could benefit from the beneficial effects of the cannabis plant thinking they are partaking in the “devil’s harvest.” In turn, they shy away from the use of CBD altogether. In this article, we will discuss exactly how hemp is different from marijuana and how it has been reported by some to help a variety of ailments without the euphoric inducing effect. 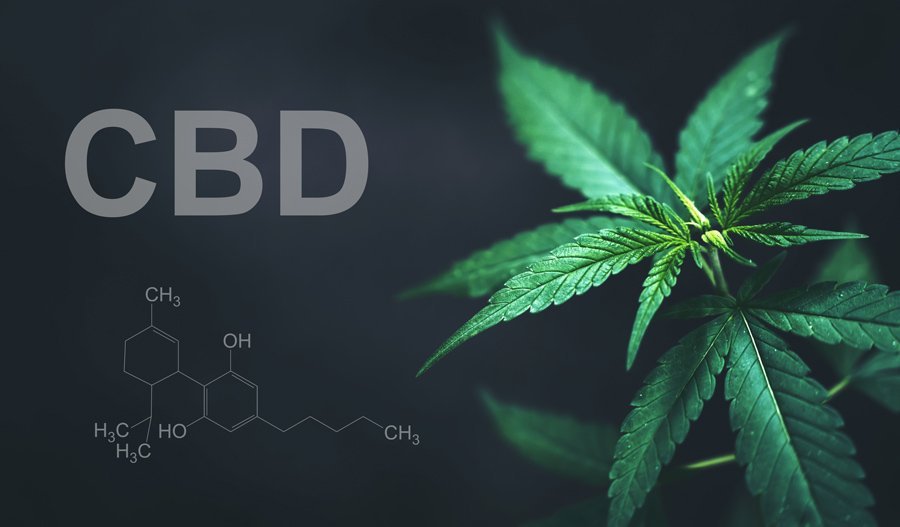 Sometimes called industrial hemp, hemp is a variety of the Cannabis Sativa plant. Oftentimes this plant sounds familiar to most as it is also the parent plant to the notorious variety called marijuana. This variety is known throughout the world as the plant that gets you “high.” Marijuana is grown in specific conditions to be very high in the cannabinoid known as tetrahydrocannabinol, or THC, which is the compound responsible for the euphoric effect. On the other hand, hemp is a variety that is very low in THC but very high in CBD. In fact, hemp has been used for over 50,000 years with its first known usage as a fiber to make ropes and textiles. The word canvas comes from cannabis as it was the primary material to make sails during the so-called Age of Sail. And believe it or not the Declaration of Independence often called the most important document in the world, was written on hemp paper. While hemp and marijuana come from the same parent plant, hemp itself is much different and used in a variety of applications such as textiles, rope, clothing, paper, paint, bioplastics, biofuel, food, and animal feed. Most famously these days it is used in the production of hemp-infused products. Namely, those that contain the famous extract, CBD.

If you do not already know CBD is the shortened acronym for a cannabinoid called cannabidiol. Chances are you have heard about CBD as it is the hottest thing in almost every industry at this point. From a small niche product just a few years ago to a global health phenomenon is an excellent achievement for any compound. Especially one that is derived from such a controversial plant such as cannabis. However, CBD has all the therapeutic benefits of the cannabis plant without euphoria-inducing effects. Many users have reported that it has helped them with an amazing variety of ailments such as chronic pain, difficulty sleeping, depression, anxiety, Alzheimer’s, Parkinson’s, epilepsy, cancer, and many more. Additionally, it has been said to aid in muscle recovery after strenuous activity, making its way into the fitness market and a popular tool used by athletes. Another quality of CBD is that it is an excellent skincare compound and has been shown to help reduce acne, redness, and dryness by promoting blood flow and collagen production. Many big beauty brands and beauty supply stores are now carrying CBD products as they show great promise in the areas of skin and hair care. CBD is an excellent tool that has millions of users worldwide that swear by its ability to help them deal with a variety of symptoms due to a huge assortment of conditions. 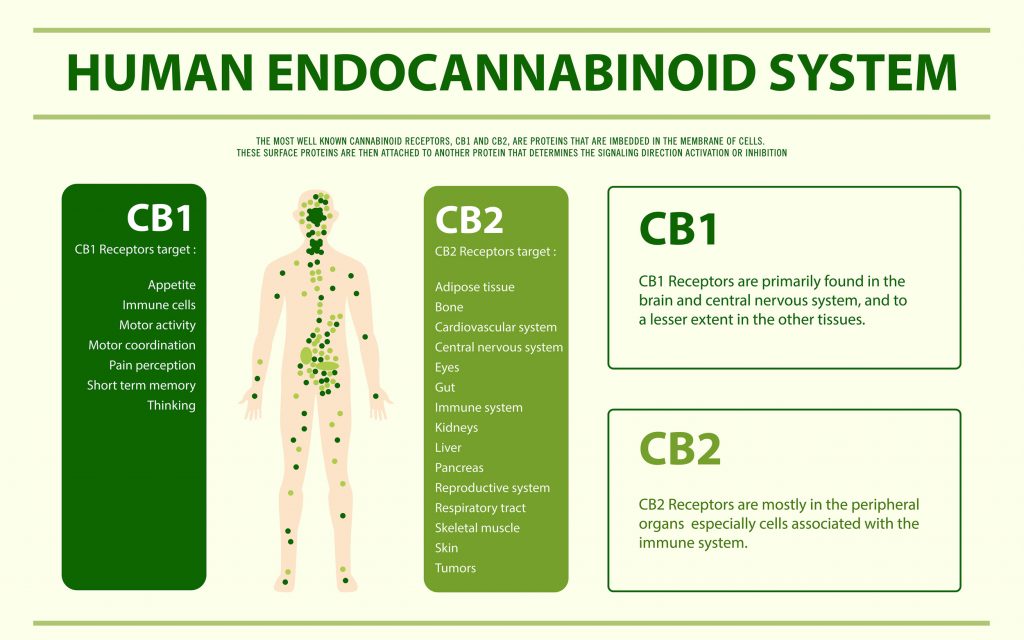 How Does CBD Work?

While researching THC in the 90s, scientists discovered that most living things have what is called the endocannabinoid system or ECS. The ECS is a bodily function that uses naturally produced compounds that are called endocannabinoids. These compounds bind with the receptors of the ECS to affect and improve a variety of bodily functions including the immune system, digestive system, respiratory system, and many more. Essentially the ECS will pick up the slack of bodily systems when they are impaired by disease or dysfunction. Under normal circumstances, the body will use naturally produced endocannabinoids however, it has been found that cannabinoids found in the Cannabis Sativa plant also interact with the ECS. It is not known whether the cannabinoids directly bind to the receptors or just improve the function of the naturally occurring ones but it is known to show improvement. While more research needs to be done into this phenomenon preliminary results have been very encouraging and enticing.

How Do We Get CBD?

As mentioned above CBD is extracted from the hemp plant. While it can also be extracted from marijuana it is not a popular option as CBD produced from marijuana is only legal in states with legal marijuana. However, CBD extracted from hemp is legal in all 50 states after the passage of the 2018 farm bill. Hemp has grown in popularity as a cash crop ever since this historic bill was passed. Allowing farmers to grow this highly beneficial plant and the CBD industry to explode in usage. CBD is extracted from the hemp plant using a variety of methods in an extract laboratory and then further distilled and refined into the CBD concentrates like THC free distillate or full spectrum distillate  as well as CBD isolate which are then in turn either used in their raw form or turned into CBD products that we  all know and love like CBD gummies, creams and tinctures!

Where Can I Buy CBD?

This all sounds great! Where can I buy CBD? Right here. At Eagle Moon Hemp we pride ourselves in bringing the finest quality CBD to market. Our vertically integrated facility allows us to control the entire process from seed to oil. We lovingly grow our hemp under the New Mexican sun within mere meters of our processing facility. Where we take our expertly grown hemp and put it through the state of the art CO2 supercritical extraction process. We are confident that our CBD infused products are the best you will find on the market for the best prices. If you have any questions about our hemp, our CBD, or any of our products feel free to reach out to us or check out any of our other blogs on the topic. We look forward to helping you through your journey into the world of CBD!

Everything You Ever Wanted To Know About CBN

Everyone has heard about the world-famous cannabinoid known as CBD by now. However, it is not the only cannabinoid found

CBD powder also known as CBD isolate has been increasing in popularity over the years. It is very easy to

Guide To CBG Hemp & Everything That Can Be Made From It

By now everyone knows what CBD is, but have you heard of CBG? CBG is the shortened form for the